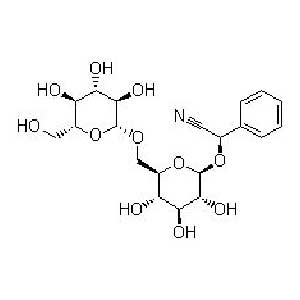 Amygdalin, also known as laevomandelonitrile or laetrile, is a substance found naturally in the some fruits and vegetables, particularly apricot pits and bitter almonds. Preclinical studies by the U.S. government’s National Institutes of Health using laetrile alone and in combination with other substances showed little evidence that it is effective against cancer.

Russian doctors tried using amygdalin as a cancer treatment in the mid-1800s but it proved to be too toxic. In 1924, laetrile was synthesized from amygdalin and promoted as a cancer treatment. Laetrile continued to gain popularity. Some doctors believe that laetrile can help to relieve the pain of cancer. One theory is that cancer cells contain large quantities of the enzyme beta-glucosidase. This enzyme breaks the amygdalin down and releases cyanide, a toxic chemical that then kills cancer cells. Laetrile is a compound that has been used as an anticancer treatment in humans worldwide. Research also find Amygdalin may play partial protective role in hyperoxia-induced lung injury.

In 1980, the National Cancer Institute began a study to evaluate the use of laetrile in cancer patients. Although some patients reported that they felt better while taking laetrile, the cancer continued to progress in all patients so concluded that further research into laetrile was not warranted. The drug is made and used as a cancer treatment in Mexico. 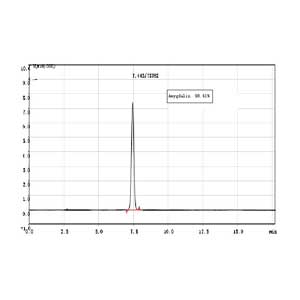 There are no reviews yet.

Be the first to review “Amygdalin” Cancel reply