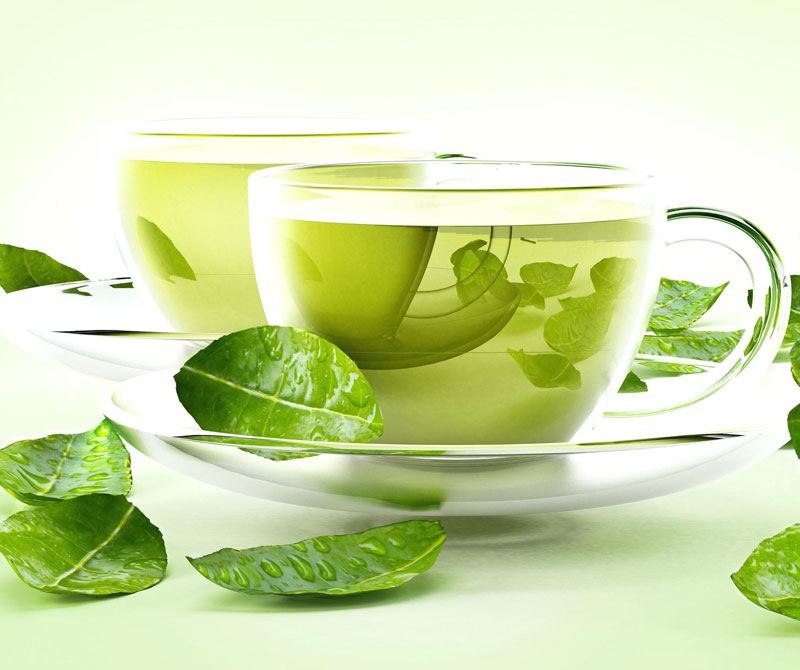 For thousands of years, every aspect of tea has centered on the leaf. Now, the lens is shifting to the molecules in that leaf. Almost by the month, there is a striking announcement of some new biogenetic finding about the dynamic interactions at the DNA level among the more than 600 molecular compounds, amino acids, minerals, and vitamins.

The latest is that epigallocatechin-3-gallate (EGCG), the tea leaf’s superstar bioactive compound, could be a new vehicle in the turbulent, never-ending war in your body against malignant cells, disease-associated genes, nanoparticles, free radicals (vagabond scavengers like cigarette smoke and pollutants), and other health threats. A September 2018 report in the American Chemical Society Central Science journal describes how it has enabled therapeutic RNA to sneak through the protective membrane of disease-related cells containing DNA. The tiny particles measure around 10 nanometers. A human hair is 40,000 nanometers thick.

DNA is the blueprint for storing and replicating the genetic information by which all physical life is created. RNA is the messenger system that carries the instructions from the DNA to control the synthesis of proteins. Both are linear strings of nucleic acids: Deoxyribo and Ribo NA, the famed double helix of DNA and single strand of RNA. Think of the DNA as a flash drive and RNA as the decoder.
There are three main types of RNA: messenger, transfer and ribosomal (cellular production factory).
In addition there is siRNA: small interfering RNA. This is a shorter strand, generated naturally when a Dicer enzyme cleaves a long RNA chain. siRNA fragments form a RISC – RNA-induced silencing complex: it is a missile aimed at targeted cells where it can knock down, silence, inhibit, diminish, and degrade their gene expression. It is easily produced synthetically in biogenetic labs.
These are all fighting words, but also part of the biogenetic field’s formal terminology, signaling how siRNAs are designed to be aggressive tools added to the medical toolkit. It is impossible to exaggerate the importance of siRNA and gene interference. One analysis casually slips in that this is “a promising technology that is revolutionizing research in functional genomics and drug discovery.”
It’s this revolution that makes the ECGC stuff so noteworthy. The siRNAs are easily blocked from sneaking through the tough membranes of their target cells. They are large and negatively-charged, and vulnerable to passing RNA-chomping enzymes. The transfer is made more effective by coating them with polymers: large molecules composed of chains of repeating smaller subunit molecules: uniform, strong and malleable. Plastic is a synthetic polymer and cellulose a natural one. 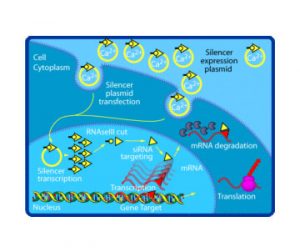 Small polymers can’t carry the siRNA and large ones may be toxic. EGCG turns out to be a new and best option. It binds strongly to RNA and in combination with a coating of low-molecular-weight polymer provides a “facile strategy to fabricate core-cell-structured nanoparticles with robust siRNA delivery efficiency.” It’s the EGCG that improves the efficiency-toxicity calculus – a micropill, in effect. Laboratory tests included attacks on cultured cells and a mouse model of intestinal injury. The results were conclusive: the “nanoparticles” – bio packages – hit the target pro-inflammatory enzymes and improved symptoms of weight loss, intestinal inflammation, and shortening of the colon.
Reports add that the antioxidant, anti-inflammatory properties of EGCG add another therapeutic dimension to the siRNA efficacy.
EGCG is the main base for claims for green tea as a contributor to good health. Those claims have often been suggestive rather than conclusive. A spoonful of green tea brewed in a cup spreads the EGCG and other beneficial compounds through the body, but they easily get dissipated, and seem to have varying impacts across sexes, ethnicity, lifestyle, and environment. Overall, there’s a widespread consensus among scientific researchers that there’s “something” there and tea seems likely to offer health benefits, but… “More research is needed.”