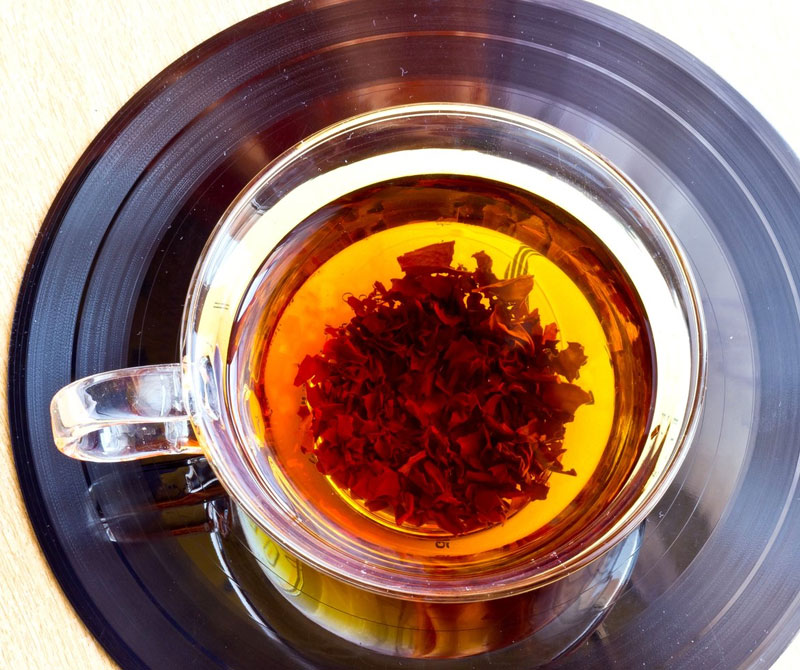 Although green tea has been getting most of the attention lately for its myriad health benefits, accumulating research shows that black tea offers advantages, too. The latest revelation: black tea’s ability to blunt increases in blood sugar. 1

A new study has found that black tea significantly reduces rises in blood glucose levels among both healthy and pre-diabetic adults, in this case after consuming a sugary drink. 1

“We demonstrated that black tea reduced incremental blood glucose after sucrose consumption at 60, 90 and 120 minutes compared with placebo,” wrote the authors of the study, which appears in the Asia Pacific Journal of Clinical Nutrition. 1

“The data confirm that polyphenols lower glycemic response and may be responsible for the lower rates of diabetes observed with tea and coffee consumption,” said Peter Clifton, M.D., PhD., professor of nutrition at the University of South Australia in Adelaide, who recently conducted a review of the role of dietary polyphenols (in tea, cinnamon, coffee, chocolate, pomegranate, red wine and olive oil, among others) in regulating glucose homeostasis and insulin sensitivity, published in Nutrients. 2, 3

The Polyphenol Power of Tea

Indeed, the major bioactive compounds in black tea are polyphenols—naturally occurring antioxidants abundant in plant foods (and drinks) that are said to promote health and protect against a range of diseases. 4

Black, green and oolong teas are all made from the plant Camellia Sinensis. Green tea, which is minimally oxidized, contains simple flavonoids called catechins. During the process of making black tea, which is more fully oxidized, the catechins convert to complex flavonoids known as theaflavins and thearubigens, and research has shown that theaflavins and thearubigens maintain substantial anti-oxidant, anti-inflammatory, anti-cancer and anti-hypertensive properties. 5

That study, which involved data from 50 countries around the world, found that countries with the highest levels of black tea consumption—Ireland followed by the United Kingdom, Turkey and Russia—were associated with the lowest incidence of type 2 diabetes. The U.S. ranked close to the bottom of the list of black-tea drinking countries. 5

Proving Cause and Effect

Still, the new study doesn’t prove cause and effect, Dr. Beresniak said, adding that more causality research needs to be done on the glucose-control benefits of black tea. 6

While black tea extracts have been shown in laboratory experiments to block carbohydrate absorption and to suppress postprandial blood glucose in animal studies, the authors of the latest report said they undertook their study because of the relative dearth of clinical research on the effects of black tea on postprandial glycemic control in humans. 1

The authors also noted that keeping blood sugar in check after meals is a critical but simple way to help prevent diabetes, and that black tea, regarded as a functional food, may be useful to that end. 1

Tea, after water, is the most widely consumed beverage in the world. About 78% of the tea produced worldwide is black and is used primarily in Europe and North America; about 20% is green and is consumed mostly in Asian countries; and about 2% is oolong, which undergoes a level of oxidation somewhere in between green and black teas and is favored in China and Taiwan. 7

As of 2015, 415 million people in the world—one of 11 adults—have diabetes, according to the Brussels-based International Diabetes Federation. By 2040, that number is expected to climb to 642 million. An estimated 318 million worldwide have impaired glucose tolerance, or prediabetes. 8

The U.S. leads the developed world in diabetes, with more than 29 million cases among adults, according to the Centers for Disease Control and Prevention. About 86 million adults in the country—more than one-third of the population—have pre-diabetes, a serious health condition that increases the risk of developing type 2 diabetes as well as other chronic diseases. The vast majority of those with pre-diabetes (90%) don’t know they have it. 9